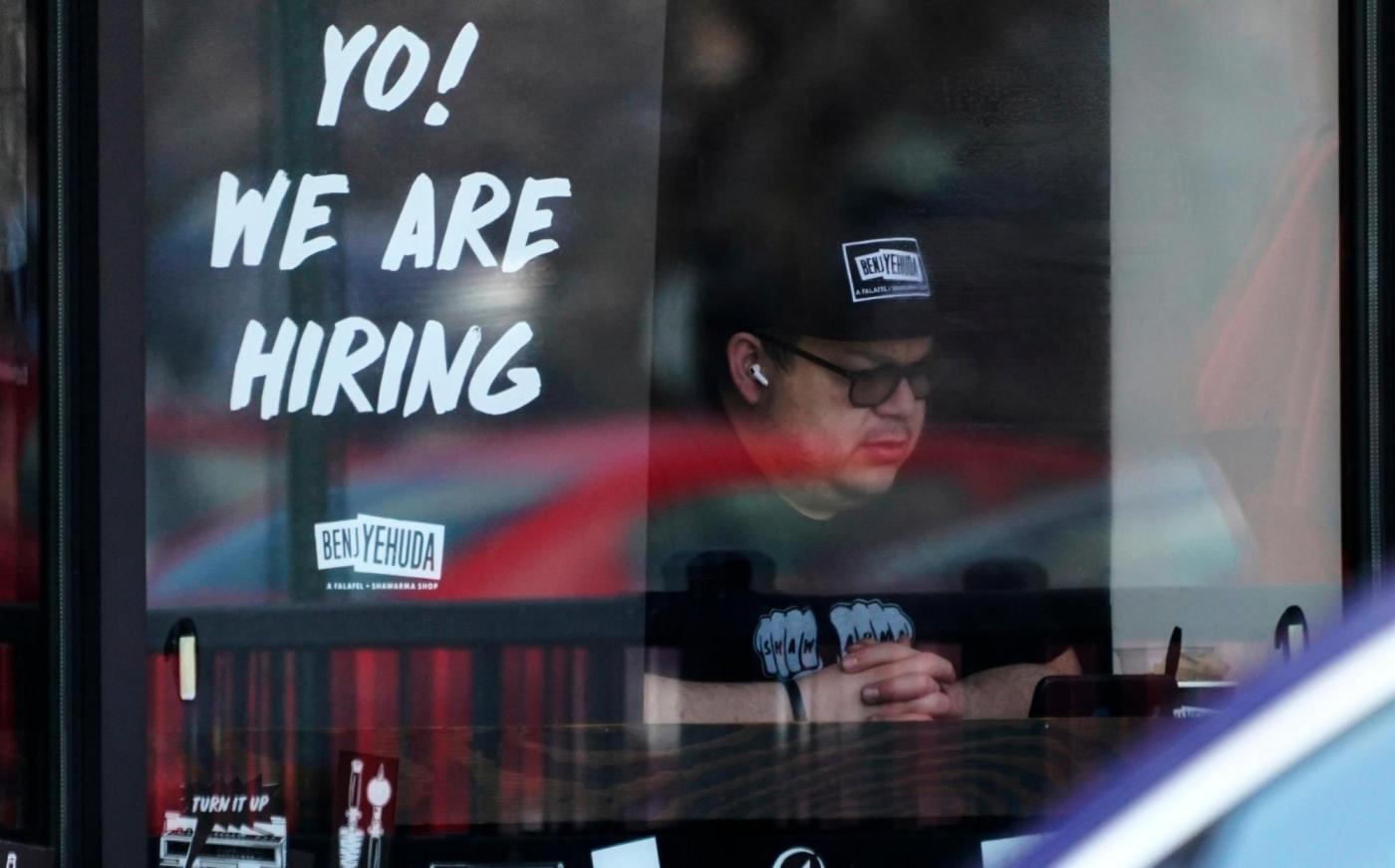 Jobless claims fell by 5,000 to 166,000 for the week ending April 2, the Labor Department reported Thursday. The previous week’s number was revised down a whopping 31,000 claims. In recent weeks, claims have hovered at more than 50-year lows. First-time applications for jobless aid generally represent the pace of layoffs.

In total, 1,523,000 Americans were collecting jobless aid for the week ending March 26, an increase of 17,000 from the previous week, which was the lowest in more than 50 years.

Last week, the Labor Department reported that U.S. employers extended a streak of robust hiring, adding 431,000 jobs in March and pushing the unemployment rate down to 3.8%. Despite the inflation surge, persistent supply bottlenecks, damage from COVID-19 and now a war in Europe, employers have added at least 400,000 jobs for 11 straight months.

Job openings hovered at a near-record level in February, little changed from the previous month, continuing a trend that Federal Reserve officials see as a driver of inflation. There were 11.3 million available jobs last month, matching January’s figure and just below December’s record of 11.4 million, the Labor Department reported last week.

The number of Americans quitting their jobs was also historically high, at 4.4 million, up from 4.3 million in January. More than 4.5 million people quit in November, the most on records dating back two decades.

The Fed launched a high-risk effort last month to tame the worst inflation since the early 1980s, raising its benchmark short-term interest rate and signaling up to six additional rate hikes this year. The minutes from that mid-March meeting, released Wednesday, revealed aggressive Fed officials saying that half-point interest rate hikes, rather than traditional quarter-point increases, “could be appropriate” multiple times this year.

Last week, an inflation gauge closely monitored by the central bank jumped 6.4% in February compared with a year ago, with sharply higher prices for food, gasoline and other necessities squeezing Americans’ finances. Other measures have shown prices rising close to 8% in the past year.

Fed policymakers have projected that inflation will remain elevated at 4.3% through 2022.