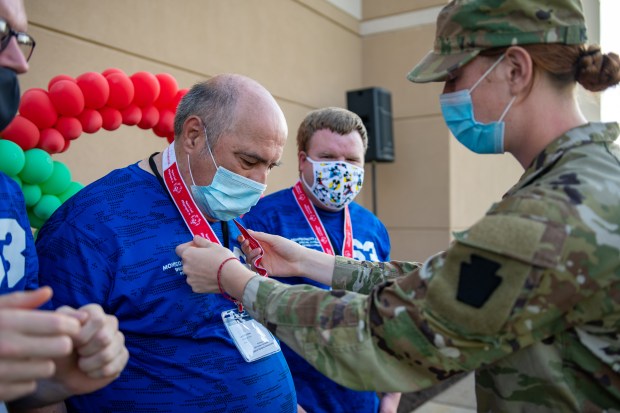 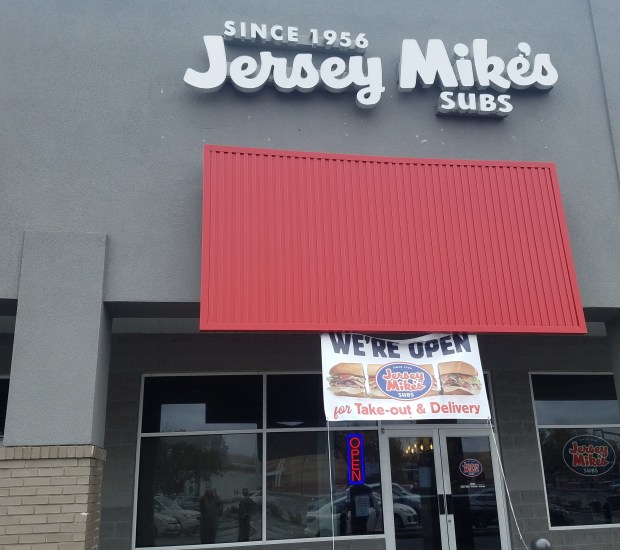 Jersey Mike’s Subs locations across the country will be holding their annual Day of Giving on March 30 to benefit Special Olympics. This photo shows the Jersey Mike’s at Broadcasting Square Shopping Center in Spring Ridge Township. (MediaNews Group file Photo)

Jersey Mike’s Subs restaurants will cap off the company’s annual Month of Giving with the Day of Giving on Wednesday, March 30. On that day, Jersey Mike’s locations across the country donate 100% of their sales for the day, not just profits, to charity.

This year, for the first time since the company’s Month of Giving campaign was launched in 2011, Jersey Mike’s owners and operators nationwide are supporting a single cause — The 2022 Special Olympics USA Games.

Throughout March, customers of the 55 Pennsylvania Jersey Mike’s Subs locations have been able to make donations at the restaurants, to help more than 120 Team Pennsylvania athletes and the 2022 Special Olympics USA Games, held June 5-12, in Orlando, Fla.

“We’ve been involved with Special Olympics since 1975, and it is an honor for Jersey Mike’s to be the presenting partner of the 2022 Special Olympics USA Games,” Peter Cancro, Jersey Mike’s founder and CEO, said in a statement. “We support the organization’s mission to foster inclusivity and help its athletes shine on and off the field. I invite everyone to join us and celebrate our country’s Special Olympics athletes during Month of Giving.”

On the March 30 Day of Giving, the company is expecting to raise more than $10 million dollars. For the month, according to Gerrit Curran, who owns 13 Jersey Mike’s including two in Berks County, the company hopes to raise “even more than last year’s record-breaking $15 million.”

“We are grateful to our generous customers who have been donating all month,” Curran added.

Last year’s total was more than double the amount raised in 2019 when the company donated $7.3 million to local charities. The Day of Giving events were canceled in 2020 due to the spreading pandemic.

Jersey Mike’s Month of Giving has raised more than $47 million for local charities since the inception of the Month/Day of Giving.

Last year, 14 stores in the Greater Philadelphia region and three in the Wilkes-Barre area raised a total of $160,504 during the Month of Giving. The proceeds benefitted Alex’s Lemonade Stand, which works to fund research and raise awareness about childhood cancer, and support families.

Every four years, more than 5,500 athletes and coaches from all 50 states unite to compete in the Special Olympics USA Games. Athletes compete in 19 sports including athletics, gymnastics, swimming, tennis, basketball, flag football and many more. It is all part of a global movement using sports to end discrimination and empower people with intellectual disabilities, according to a press release.

Jersey Mike’s, with more than 2,000 locations open and under development nationwide, believes that “making a sub sandwich and making a difference can be one and the same,” according to the company’s website. For more information about Jersey Mike’s subs visit jerseymikes.com.