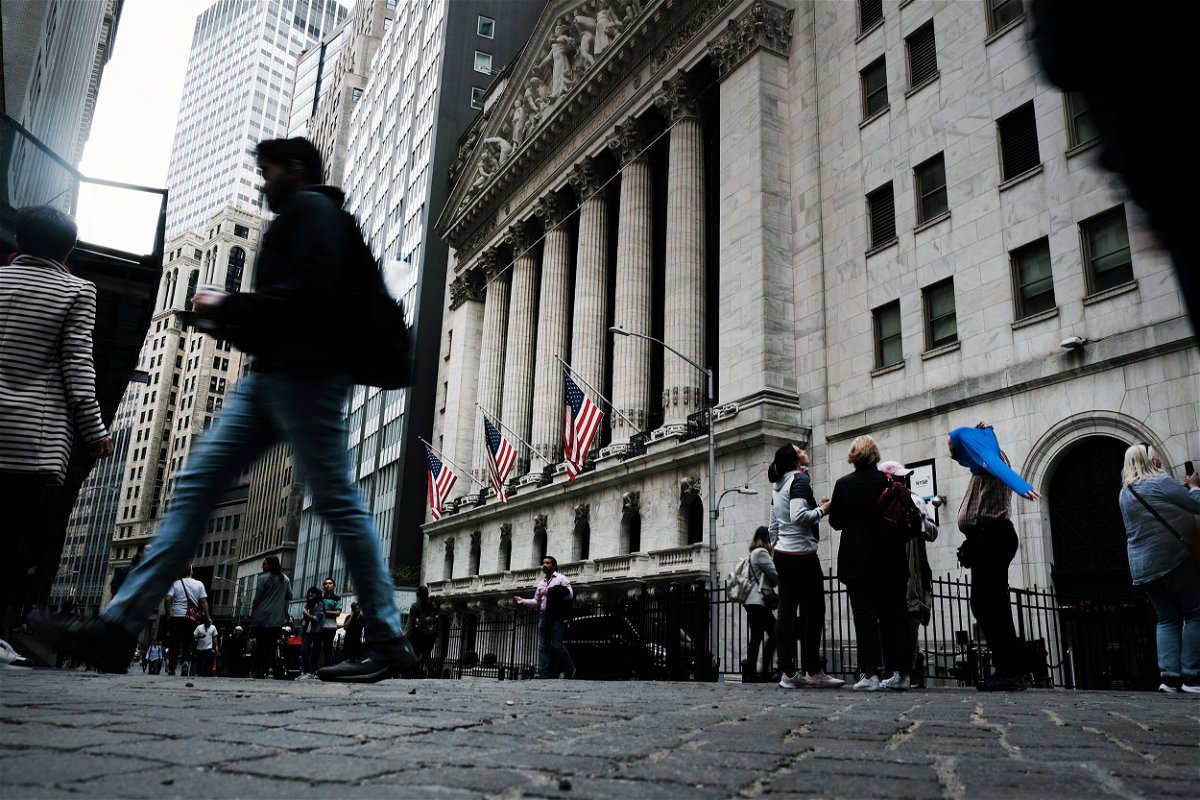 Stocks were lower in a volatile session Friday. A solid jobs report was not enough to fully convince investors to look for bargains following Thursday’s more-than-1,000-point plunge.

The Dow was down a little more than 200 points in late-morning trading, after plummeting more than 500 points shortly after the opening bell.

Nike was one of the biggest drags on the blue chips, falling nearly 4%. Nike rival Adidas issued a lousy earnings report Friday because of weakness in China. Nike competitor Under Armour also plunged 25% following weak results.

The S&P 500 and Nasdaq also tumbled slightly Friday. All three indexes are flat for the week.

The Dow may fall for the sixth consecutive week, while the S&P 500 and Nasdaq are looking to avoid a five-week losing streak. The stock market is now at its lowest point for the year.

“It’s a crazy time,” said Scott Lepene, co-chair of Thompson Hine. “The market is reacting as if we are in a recession. We may not have bottomed out just yet.”

Still, investors did prop up some stocks that reported good earnings. Shares of Square owner Block were higher thanks to strong results for its Cash App. Food delivery service DoorDash was up nearly 4% following its earnings.

Consumers still appear to be in reasonably healthy financial shape, despite worries about inflation. That’s helping to lift pockets of the market and economy.

“The jobs report was robust and indicative of strong demand,” said Joe Davis, global chief economist with Vanguard. Davis added that employment in the services sector is particularly tight, which will likely lead to more upward pressure on wages and higher interest rates from the Fed.

Kulp Roofing wants to give someone a new roof