The beer was delicious as ever Friday at the grand opening of Chatty Monks’ new taproom connected to its brewhouse in Reading.

The local staple has long been producing its signature brews at the 101 North Carroll St. location, but that same brewery has expanded into a taphouse that offers beer fresh from the source.

The site’s main attraction is its to-go lineup: the taproom offers the largest available selection of Chatty Monks cans and 4-packs, along with one-sixth and half kegs, said Ryan Berkis, marketing associate.

Another major draw of the new drafthouse is its eight taps featuring a varying selection of craft beers.

Berkis said the new location allows the brewery to expand its drink menu beyond what is available at the Chatty Monks gastropub in West Reading.

“We’re planning on having more exclusive beers to just this location, so if you come here, you won’t get the same beers as the pub,” Berkis said.

One new beer that will be featured at the brewhouse is a chocolate covered pretzel stout, a collaboration with Unique Snacks of Reading.

The stout, which will likely release within the next few weeks, is the second collaboration between Chatty Monks and Unique Snacks, the first being the popular Split Face pretzel amber lager released this spring, Berkis said.

“Split Face has been a big seller, even among people who aren’t beer drinkers — they enjoy that,” Berkis said.

Split Face is a craft beer created through a collaboration between Chatty Monks Brewing Co. and Unique Snacks. (SUBMITTED PHOTO)

Also coming soon is a sequel to last year’s Russian Imperial barrel-aged stout, which will be aged longer and featured in different flavors.

In addition, the taproom will serve one of Chatty Monks brewmaster John Stemler’s newest recipes: a variation of Oenobeer, a wine-beer hybrid, barrel-aged with petit Verdot grapes.

The brewhouse also serves snacks and is equipped with TVs and other patron-friendly amenities.

Chatty Monks will provide opportunities for local businesses to hold beer tastings and other employee appreciation events at the taproom, and the plan is to eventually start offering brewery tours, Berkis said. 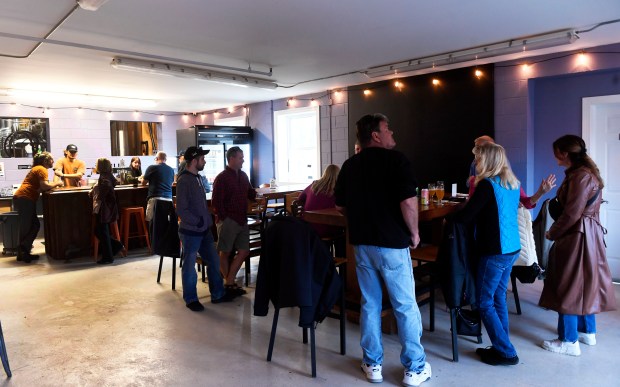 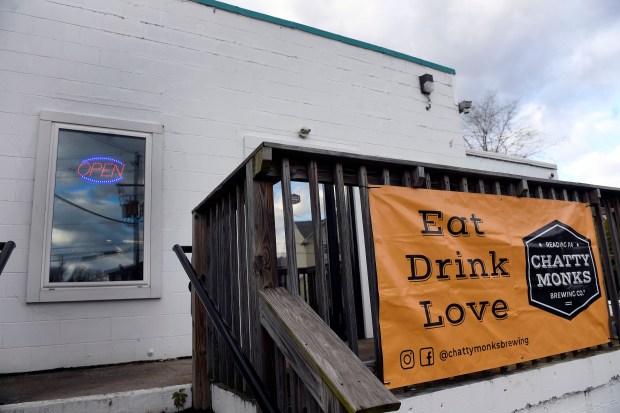 Food trucks will be invited to the site during peak hours, although Berkis noted that the taproom itself isn’t planning to offer full-fledged meals, so customers aiming to sample Chatty Monks’ spread of pub classics and Indian-fusion cuisine will have to head to the West Reading location.

The pub first opened in West Reading in 2013 and was revamped in 2021 when Chatty Monks was bought by the Jagadesan family.

When the secretaries of Defense and State said publicly the U.S. wants Ukraine to win and weaken Russia, Biden said tone it down

So are we in a recession, or not?