The logistics industry employs approximately 215,000 workers across Colorado. In 2021 there were about 5,000 companies generating $19 billion in sales in the state. The state has a talent pool with strong employment concentrations in commuter rail systems, air transportation and airport operations, and pipeline transportation of natural gas.

The transportation, warehousing, and utilities sector of Colorado’s economy were the quickest to recover from the initial downturn caused by COVID-19, exceeding its February 2020 employment level in September of that year and is now more than 10% larger than prior levels. When the supply chain disruptions occurred last year, Colorado, as an inland area with a strong concentration of air transportation, captured additional traffic as distributors, importers, exporters and other freight movers sought ways to avoid containerized shipping and other modes that became difficult or even impossible to affordably access.

Equidistant from the east and west coasts, Houston is just hours by air from any metropolitan area in the country. Houston’s infrastructure includes two international airports, four deep water seaports, a mainline railroad system and an expansive highway system.

Several recent investments are helping the region strengthen its connection to global and domestic markets. To increase container and break-bulk cargo capacity, more than $2 billion in investment is planned for container terminals at the Port of Houston. This includes a $1.1 billion expansion of the Houston Ship Channel currently underway, a project that involves widening and deepening the waterway to ensure the region is keeping up with current and future demand for international trade. In July 2021, the Port of Houston reported a record 297,621 cargo TEUs (twenty-foot equivalent units), an increase of 27% compared to July 2020, and an increase from the previous record set in March 2021.

The airport system is anticipating the addition of 24 gates in the coming years, and the $1.3 billion Terminal Redevelopment Program at George Bush International Airport (IAH) is expected to be completed by 2024. Similar infrastructure improvements are happening at Hobby Airport to upgrade the travel experience for millions of people.

In 2021, the Houston region recorded the largest job growth in its history with nearly 152,000 jobs created. Several sectors added 10,000 or more jobs last year, including 14,800 jobs in transportation and warehousing, a record high. The forecast calls for Houston to add 6,500 transportation jobs in the coming year. To support the increased need for qualified talent in the industry, the Greater Houston Partnership developed UpSkill Houston, a workforce development program. 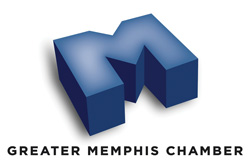 As the world headquarters of FedEx, Memphis provides the centerpiece in distribution and delivery operations worldwide. Memphis offers five R’s, with the first four being the modalities of runways, roads, river, and rail. The city has the busiest cargo airport in the world. More trucks pass through Memphis than anywhere else in Tennessee. The Port of Memphis on the Mississippi River is the fifth largest inland port in the US. All five Class 1 railroads have significant operations there.

“We know we can get anything in the world overnight to anyone,” said Ted Townsend, chief economic development officer for the Greater Memphis Chamber. “That’s a huge strength, and we are historically recognized for that.”

The fifth R is research. In 2021, the University of Memphis, the state’s second largest public university, was named an R1 institution by the Carnegie Classification of Institutions of Higher Education, putting the U of M in the top tier of research universities nationally. The city also has a technology-skilled and diverse workforce. “We are a majority minority city,” Townsend said. “We have a population that boasts the largest percentage of black tech talent in the nation, at 25%. When you include Hispanics that number becomes greater. We also lead the nation for the percentage share of IT jobs held by women.”

Memphis has the nation’s lowest costs for distribution, at 11% less than average peer cities, and real estate costs are lower too. The city has been a logistics leader for decades, and the number of area jobs related to logistics increased 14.5% from 2015 to 2020, outpacing the national growth rate of 7%.

Centrally located on the east coast of the U.S., the Hampton Roads region is a coastal area in Virginia. Norfolk, one of cities in the region, is within a two-day drive of 75% of the U.S. population and only 2.5 hours to open sea. The region is served by I-64, the major east/west highway system connecting the east coast to the Mississippi River corridor, and is less than one hour from the north/south I-85 and I-95. For air service, Norfolk International (ORF) and Newport News/Williamsburg (PHF) airports provide service for approximately four million passengers annually. Norfolk International is also an air cargo hub, with two air cargo terminals with a total of 88,000 square feet of space for processing.

The Port of Virginia is served by nearly 30 international shipping line services that offer direct access to more than 90 foreign ports. Six terminals comprise the port and operate on a combined 1,864 acres, including four deep water terminals. As the only east coast port with authorization for 55-foot channels, The Port of Virginia boasts deep shipping channels, no height restrictions, and double-stack rail service with two Class 1 railroads, CSX and Norfolk Southern. The Port of Virginia’s current projects include expanding rail capacity at Norfolk International Terminals (NIT), deepening the Norfolk Harbor to at least 55 feet deep, and optimizing and modernizing the North Berth at NIT. The total value of these projects is more than $1 billion.

Hampton Roads has a workforce of approximately 850,000, is home to every branch of the U.S. Armed Forces, and has the largest concentration of college students in Virginia, with more than 100,000 individuals enrolled across the region’s 33 universities, colleges, and trade schools.

Dallas is an important intermodal hub, offering a less congested and more efficient transfer point for imported goods. The area is served by three Class 1 railroads: BNSF Railway, Union Pacific (UP) and Kansas City Southern (KCS). There are also several major highways nearby, such as I-20, the primary east-west trucking corridor, and I-35, the NAFTA Trade corridor.

Dallas Fort Worth (DFW) is the fourth largest metropolitan area in the U.S. and Fort Worth is the 13th largest city in the U.S. Fort Worth is home to DFW International Airport, and Alliance Airport (AFW), a gateway to the North Texas region. AFW offers air cargo, government and corporate aviation and serves as the foundation of the AllianceTexas corridor, a 27,000-acre master-planned industrial, mixed-use and residential community. The Alliance area contains more than 68 million square feet of industrial facilities, and its location makes Fort Worth a global intermodal hub, with logistics infrastructure in place for air, rail, and highway transport.

Also in the region, the AllianceTexas Mobility Innovation Zone (MIZ) offers logistics entrepreneurs an opportunity to test their vehicles in real-world conditions before going to market. Companies located in the MIZ have recently been focusing on autonomous vehicles. To help companies overcome the global supply chain challenges, Fort Worth is currently helping onshore the production of materials that are critical to the nation’s infrastructure.

Located in the center of North Texas, Irving is close to DFW International Airport and Dallas Love Field. Two major transit-oriented developments, Water Street and Hidden Ridge, which feature Dallas Area Rapid Transit (DART) light-rail stations, provide direct connectivity from DFW International Airport into Irving-Las Colinas and on to Downtown Dallas. With six DART light-rail stations currently and a seventh deferred, Irving-Las Colinas offers its residents and its workforce easy access to the region and beyond.

Employers in the market have access to 3.3 million skilled workers within a 30-minute commute, though competition for workers is strong. The Dallas-Fort Worth market has consistently grown by an average of 350 to 400 people a day for several years. Irving-Las Colinas is experiencing high construction activity of industrial/flex space, including over 6.6 million square feet of net absorption since January of 2020. Irving has 46.7 million square feet of industrial/flex inventory and a low vacancy rate of 2.9%.

While most view Orlando as a tourist destination, it is also Florida’s most connected city. Orlando has been in the business of moving people and products for a long time, welcoming more than 75 million visitors each year. As a quinti-modal hub, the Orlando region accelerates connectivity options via road, sea, air, rail and even space. Orlando is located at the crossroads of Florida’s highway network, providing a centralized location with easy access to the U.S. Southeast and South America. Within a two-hour drive, Orlando provides access to a fast-growing population of more than 8.5 million, four major deep-water ports, nine international airports and the only US deep space human launch center.

Orlando is looking to the future, and more than $10 billion is being invested in the region’s transportation system. These investments include the $9 million investment to improve roads around the Intermodal Logistics Center in Polk County, service to Miami via highspeed rail Brightline that will open in 2023, the expanding SunRail commuter line and I-4 improvement project. With over a half-million higher education students enrolled within a 100-mile radius of Orlando, local technical schools including Valencia College, Seminole State University, Orange Technical College, Osceola Technical College (oTECH) and Polk State College are producing a significant workforce for the transportation logistics sector.