To understand why manufacturing is increasingly automated, we must first understand the economic and social implications and their impact.

The Global Economic Implications of Manufacturing

The need for automation in the industry is growing rapidly, as supply chains hold up production and economy shifts impact product flow. These issues are circumvented with the use of AI and automation, making it easier to get work done without setbacks from industry pain points. Integration will continue to be a necessity as the use of automation in three key industries, including manufacturing, will contribute $15.7 trillion to the global economy by 2030.

The World Economic Forum predicts that by 2022, 42% of the time spent on manufacturing tasks will be automated using robots. Automation is particularly useful in the manufacturing industry because of its ability to reduce downtime, improve decision making and provide predictable maintenance. Due to human limits, blind spots, and static process control, manufacturing errors often go undetected or unreported and then propagate. However, many industries still require manual work to operate effectively, and AI technologies can assist in those processes by refining and correcting the more minute aspects of physical tasks.

for process control allows manufacturers to devise solutions to defects in near real-time by compounding existing information across both automated and hands-on operations. The intersection of AI and human capability is not total, and implementing AIPC

software in the production process does not eclipse the value humans bring to their work, but builds off of and extends that value to build a highly coordinated effort. AIPC

’s flexibility makes it extremely effective across the high-volume manufacturing spectrum and can be applied to any stage of production, from R&D to assembly.

The Dynamic Approach to Error Remedy

To make factories more efficient, resilient, and secure, we need to begin by reconsidering how errors are detected and remedied in the assembly line by using a more dynamic approach. Artificial Intelligence Process Control (AIPC

) is able to manipulate fixed rules and adjust for changes in environmental conditions and processes elsewhere in the facility. A more contextually aware, nonparametric model can adapt when a fixed formula breaks down.

As one of the first three employees to join my company, I have witnessed this immense industry growth firsthand. AIPC

takes process control to the next level, generating its models by directly copying analog signals from sensors in the facility, or by even including additional sensors where relevant such as microscopes and cameras. These models can generate instructions that connect directly to control actuators to directly prevent process failures and improve productivity.

, we have been able to surpass global supply chain issues and received FDA regulation for the nHale, Nanotronics Health’s BiPAP/CPAP machine, in under 90 days for at home treatment of COVID-19. This process would not have been possible without the inclusion of AI and a team committed to remedying the issues we saw in the manufacturing process.

Traditionally, manufacturing was left to the engineers as they were the only ones who had the skills to design and maintain manufacturing processes. Now, with the advent of AI, technology plays a major role. This calls for an entirely new skillset that many manufacturers do not have. By integrating technology and manufacturing, it opens the door for people to learn two sides of the same coin, understanding each field in order to improve both. This becomes urgent for women in the STEM field who have been thwarted by the culture, lack of promotion or pipeline for growth. Women constantly have to prove themselves to be competent, a gender bias that has existed in the field for ages. This bias, among others, leads to a lack of women joining the field and realizing the career capacity they might have. With the emergence of technology and its incorporation into manufacturing, women can surpass these hardships by leading with knowledge. Those who understand both technology and manufacturing and the ways they intersect will pave the way for growth and can evade navigating pipelines and cultural barriers. This shift will allow women to focus on the importance of going above and beyond and be some of the first of their kind, eliminating the “prove yourself” bias and creating leaders in this new stage of STEM.

The changing field of manufacturing is a space that requires new and multiple skill sets and can be a space where the limits of machines are surpassed by technology. I discovered that as a woman in a primarily male field, being versed in both sides of the field not only allows space for me to grow but also offers a look into what the future of manufacturing can be. 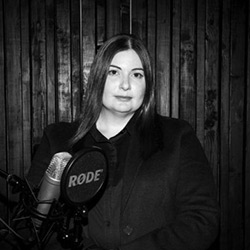 Julie Orlando began working for Nanotronics’ cofounders Matthew and John Putman at their previous company, Tech Pro, Inc. where she played a key role in hardware development, sales, and customer service. When Roper Industries acquired Tech Pro in 2008, Orlando went on to run a division of Duramax, leading projects for major industrial entities, defense contractors, and branches of the military. Orlando joined Nanotronics as employee number three, where she currently holds the position of Chief Product Officer. Orlando has published several papers in both domestic and international journals, which she has presented at material science conferences and symposia.

The post The Science (of the) C-Suite appeared first on Industry Today.