We’re about to see a wave of reshoring that will benefit American manufacturers, workers, and consumers alike.

Today’s manufacturing industry is no stranger to the practice of offshoring. For many years, manufacturing companies have migrated some (or all) of their operations overseas to reap the benefits of relatively inexpensive labor. With much of their business activity occurring in fiscally advantageous geographies like Asia, manufacturers have leveraged offshoring to successfully expand profit margins and scale up to meet their customers’ evolving demands and preferences.

In 2021, manufacturers were offshoring more than ever before, and the practice seemed like an objectively sound business decision—until recently. The proliferation of advanced tech like artificial intelligence (AI), Internet of Things (IoT), and automation has introduced a new variable into businesses’ calculus for offshoring. The truth is, many of the manufacturing tasks that have been historically assigned to relatively inexperienced workers can now be handled by computers or “smart” machinery within our own borders.

When you consider the boom in stateside manufacturing plant construction, the announcements from major tech players that they’re curbing offshoring, and the fact that 80 percent of C-suite executives plan to migrate operations back to the U.S., it’s clear that America is at the precipice of a major industry-wide shift towards reshoring. The manufacturing industry is poised to herald a new era of reshoring operations, which will deliver both short- and long-term benefits for businesses and their teams.

Much of today’s manufacturing is driven by automation and IoT-enabled machinery, which can expertly and consistently complete mission-critical tasks that human workers might find monotonous, meticulous, dangerous, or tiresome after a short time. Utilizing this advanced technology often boils down to operations management, since the equipment doesn’t need as much in-the-moment human involvement. But manufacturing leaders still need occasional access to their plants, and it’s inefficient and unnecessary to travel halfway around the world for regular maintenance and repairs. By moving manufacturing operations back to the United States, engineers and tech teams will have an exponentially easier time monitoring production and stepping in when necessary.

With newly centralized production, manufacturers who reshore can enjoy the fruits of their simplified operating model. In addition to enhanced access for maintenance and repairs, manufacturers will also benefit from shorter supply chains and easier freight coordination. On a day-to-day level, on-site teams will experience much more efficient collaboration with their off-site counterparts, since reshoring will eliminate (or drastically reduce) the time difference between headquarters and the manufacturing plant. Finally, manufacturers who reshore will help stimulate the U.S. economy by hiring and training skilled American workers to perform tech-forward roles surrounded by exciting, state-of-the-art tools like AI, IoT, and automation.

Ultimately, manufacturers who lean into reshoring will achieve the trifecta of advanced technology, centralized operations, and hiring skilled American workers.

In the long term, reshoring is future-proofing

The future is bright for manufacturers who embrace reshoring, and the practice can help drive business continuity and longevity.

The prolonged supply chain challenges have certainly been unpleasant (to say the least), but they’ve also been incredibly insightful for business leaders. Manufacturers are now thinking twice about ultra-efficient production workflows and “just-in-time” order fulfillment. These practices may have enabled nimble operations, but they also create more brittle supply chains that can’t withstand much pressure. With a new business imperative for stability, manufacturing leaders can centralize and simplify operations by opting for the “best cost” rather than the “lowest cost.”

But the benefits don’t stop there—if we zoom out to the industry as a whole, it’s easy to see how reshoring will be transformational. At scale, reshoring can catalyze the creation of a reinvigorated ecosystem of stateside manufacturers who keep each other competitive and offer more options for customers. As the saying goes, a rising tide lifts all boats, and reshoring will be good for all American manufacturers.

With the impetus behind offshoring—inexpensive labor—negated by advanced tech, it has become a no-brainer for businesses to reshore and centralize their operations. The original promise of offshoring no longer holds true, and American manufacturers aren’t interested in bi-continental operations anymore. Instead, they’re fortifying and simplifying their business models through centralization, and they’re helping skilled American workers find work. The ever-evolving world of tech certainly keeps manufacturers on their toes, but it often ends in elegant, delightful simplicity. 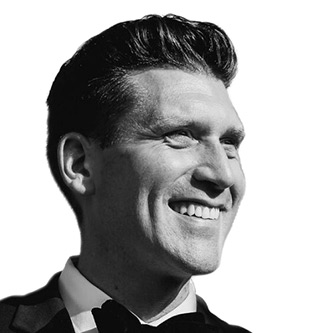 Ryan McMartin is the Product Marketing Manager at Parsec, making him the conduit between all things sales, operations, marketing, and product development. Have an idea to make TrakSYS even better, be sure to let Ryan know! Previously, Ryan worked for PlanetTogether where he spent 9+ years selling, implementing, and creating learning content for APS software. Prior to that he worked as a Quality Analyst and LIMS Developer at Pfizer Pharmaceuticals.

How AR and VR are Driving the Next Era of Manufacturing

Locations For The Manufacturing Industry: On The Bright Side