Three transformational projects representing capital investment of more than $4.1 billion have been granted Michigan Strategic Fund approval by the Michigan Economic Development Corporation (MEDC). The projects include two electric vehicle battery investments and an infrastructure improvement project to support the agriculture industry. In total, the projects will create more than 4,600 new jobs in Michigan.

“Today, we’re bringing home over $4.1 billion in investments to Michigan, creating more than 4,600 jobs across Big Rapids, Van Buren Township, and Ottawa and Muskegon counties,” said Governor Gretchen Whitmer. “This is yet another historic day for Michigan this year as we continue to secure generational opportunities in our manufacturing and engineering workforce, grow a sustainable economy, and make critical infrastructure improvements to support the state’s robust agriculture industry. By working across the aisle on bipartisan economic development legislation, we’ve brought long-term opportunity to Michigan and created thousands of good-paying jobs for Michiganders. We have proven time and time again that we will compete for every dollar and every project to move Michigan forward.”

Approved at the end of 2021, the Strategic Outreach and Attraction Reserve (SOAR) Fund is a major reason Michigan was able to land these large-scale investments, according to MEDC CEO and Michigan Strategic Fund President and Chair Quentin Messer Jr.

“In less than a year, the SOAR Fund has been instrumental in securing transformational projects that are anticipated to create 7,370 new jobs, save at least 1,000 existing jobs, and invest $9.375 billion in communities across Michigan,” said Messer. “We look forward to our continued partnership with legislative leaders, the Whitmer-Gilchrist administration, business and labor leaders, and our local partners to get the job done. Work remains and we will continue to get better, together, we will continue putting the world on notice that Michigan plays to win.”

Our Next Energy Plans $1.6B Gigafactory

In Van Buren Township, battery storage provider Our Next Energy (ONE) will invest $1.6 billion to build a new Gigafactory that will create up to 2,112 jobs.

ONE’s sustainable battery manufacturing practices support U.S. energy independence and help position the nation as a disruptive energy storage technology leader. ONE plans to bring its technology to market by establishing its first cell and EV battery pack gigafactory in Van Buren Township. Dubbed ONE Circle, the battery manufacturing campus will make products for the mobility market. The facility will be one of the few wholly U.S.-owned manufacturers of both LFP and anode-free cells. The new factory will achieve a 45 percent reduction in carbon emissions by 2028 through a circular manufacturing approach, in partnership with DTE Energy, 6K Energy, and a leading North American battery recycler.

Our Next Energy (ONE) is a Novi-based battery storage company that uses safe, sustainable, low-cost battery chemistries for consumer and commercial electric vehicles.

ONE is working with Focus:HOPE to develop a training program that will provide skills-based training for its employee base modeled after established certification programs.

Gov. Whitmer’s MI Healthy Climate Plan, which outlines a path to carbon neutrality by 2050 and a specific focus on supporting increased electric vehicle infrastructure access and affordability, was a significant factor in ONE’s decision to build its first Gigafactory in Michigan. The company also considered sites in the U.S. and Canada.

In Big Rapids, Gotion Inc. will bring battery production to the U.S. by building a new $2.36 billion manufacturing facility. The site will include two plants for the production of battery precursor materials that will be used for electric vehicles, energy storage systems, and many other applications. The project is expected to create up to 2,350 jobs. 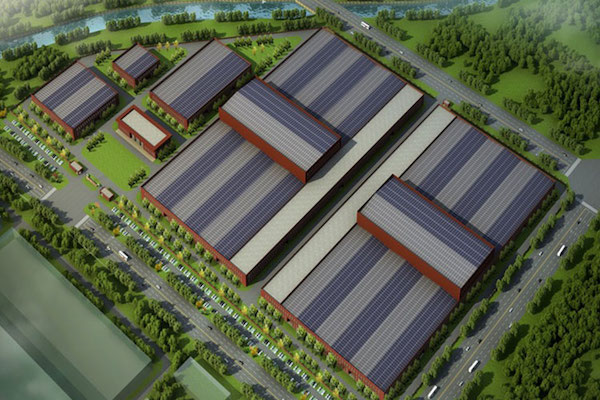 Gotion is a subsidiary of China-based Gotion High-Tech Co., Ltd., a manufacturer of power batteries for electric commercial vehicles, passenger vehicles, and hybrid vehicles and one of the world’s 10 largest battery manufacturers.