Have you ever followed a car block after block, sometimes even mile upon mile, whose driver seemed totally oblivious to the incessant blinking of the vehicle’s turn signal? Well, there’s a good chance that clueless individual might have been me. Like more than a few of my generation, I simply didn’t realize that my blinker was on because my hearing just isn’t what it once was.

The loss was gradual, but after decades of exposure to screaming crowds, lawnmowers, leaf blowers and an assortment of power tools, my eardrums have lost some of their sensitivity. In recent years, I noticed that I was having trouble following our priest’s Sunday sermons, that the volume on the television never seemed quite loud enough, that cross-table conversations in restaurants were becoming more difficult. And that I was frequently asking my patient wife to repeat things.

Yet I was reluctant to address my condition, mostly because I was familiar with my late father’s frustrations with his hearing aids. I recall the high-pitched feedback that often squealed from the devices, his constant battle to adjust settings and the never-ending problems while dealing with batteries. Normally a mild-mannered man, my dad had expanded his vocabulary to express his total disgust with these instruments.

And, to be perfectly honest, there was some ego involved in the hesitation to address my own situation. Vanity, too, I suspect. Deep down, I wasn’t ready to be seen with something protruding from my ear, an identifier lumping me with that group of old and infirm folks.

But then I learned that my longtime friend Shelby Woods was wearing hearing aids and, in fact, had been using them for months before I spotted a tiny, nearly invisible wire on the edge of his ear. So, I asked him about it. At first, he’d become aware of difficulties in carrying on conversations in groups, particularly in crowds. But the last straw came when Shelby’s 14-year-old son shouted, “Dad, turn the TV down!” He decided to do something about it. 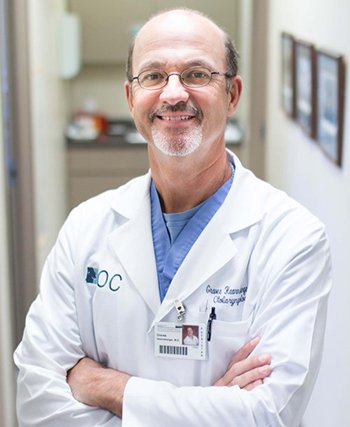 Shelby made an appointment to see Dr. Graves Hearnsberger with the Arkansas Otolaryngology Center in Little Rock, and was soon outfitted with a set of hearing aids. When I asked him about his experience, Shelby admitted that adjusting to the devices took some time, but said, “They’ve improved my quality of life.”

I, too, then scheduled a visit with Dr. Hearnsberger, a physician now in his 33rd year of practice. When I shared my father’s exasperations, Hearnsberger was sympathetic. “The technology just a few years ago was average, at best,” he said. “Hearing aids are so much more effective these days. The biggest thing we have to dispel is the poor acceptance of hearing aids by their family members in the past.” 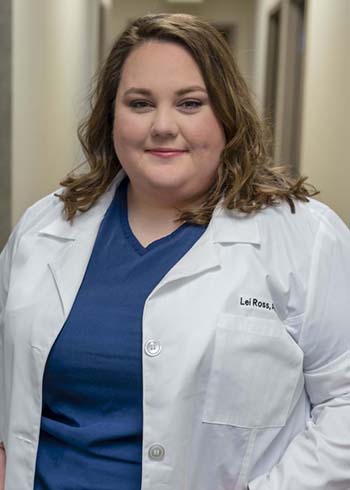 Once Hearnsberger confirmed that I had indeed suffered hearing loss, he referred me to his colleague, Dr. Lei Ross, a specialist in matching hearing devices with patients. Although she’s been practicing for less than two years, she’s seen improvements in technology even in this short span of time, both in rechargeable devices and background noise suppression.

After reviewing my hearing test results and consulting with me about my expectations, Ross suggested that I try a product by Oticon, a subsidiary of a Danish company founded well over a century ago by Hans Demant whose wife was hearing impaired. Each of these hearing aids is composed of three elements: a compact unit placed behind the ear containing a pair of tiny microphones and the battery; the speaker, which slips into the opening of the ear canal; and the ear grip, a clear plastic wire that follows the contour of the ear and holds the speaker in place.

In the beginning, I was well aware that something foreign was attached to my ears. But now I don’t realize they’re there, sort of like I forget that I’m often wearing eyeglasses. What I really notice is the amazing improvement in my hearing. At church, in the grocery store, on the street in the neighborhood, in front of the TV, I’m able to hear what’s going on. 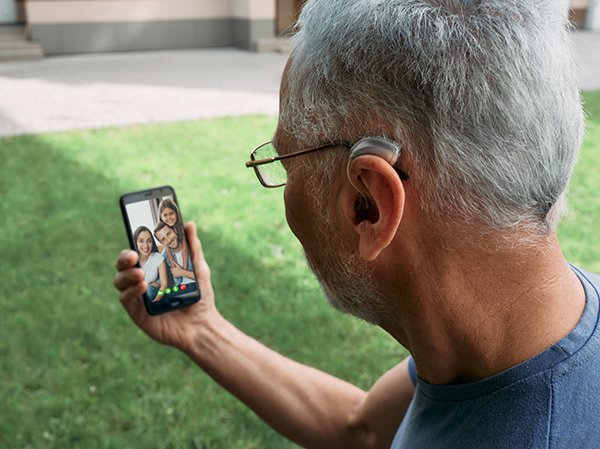 Not only that, they’re easy to use. Every evening before I go to bed, I place the little devices in a charger and they’re ready for another full day of service the next morning. No worry about batteries. They’re easy to clean and are moisture-resistant. Wearing them outdoors in the rain is not a problem, but I remove them before showering. As for wearing them while canoeing, it’ll probably depend upon the stream. If tumping over is likely, I’ll probably leave them at home!

Best of all, my hearing aids are bluetooth compatible, meaning they’re connected to my cellphone. Telephone calls are routed straight to my aids, giving me wonderful, clear connections every time. Also, there’s an app on my phone allowing me to control the volume of each device. This proved especially helpful a couple of weeks ago when my boys and I attended an NFL game in Kansas City. The young woman sitting to my right was an exceptionally vocal fan of the Chiefs, literally screaming in my ear from the opening kick-off through the end of overtime. The solution? I got on my phone and muted the aid in my right ear. Instant relief. 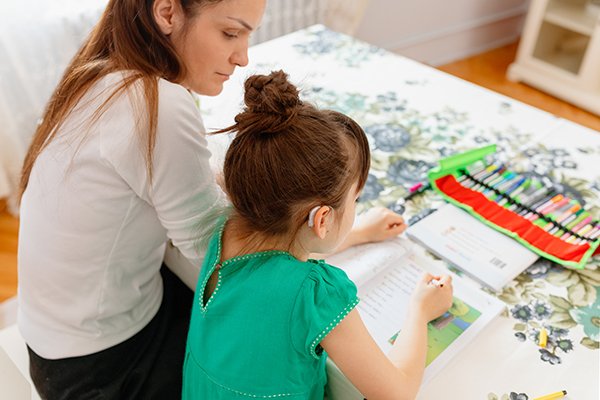 Thanks to a ruling that the U.S. Food and Drug Administration issued only weeks ago, people with mild to moderate hearing loss can now purchase hearing aids over the counter without a prescription or custom fitting. Shelly York and her partner, Tiffany Davis, owners of several Miracle Ear franchises in the state, are excited about this development, feeling it will encourage previously disinclined consumers to take action. With hearing aids often costing several thousand dollars, York says her company “will find a solution for every person.” The Miracle Ear Foundation, a source of financial assistance for both adults and children, has helped a number of Arkansas residents.

York is familiar with the baby boomers’ interest in appearing youthful. “Hearing aids won’t make you look old,” she said. “Today’s small, bluetooth-enabled devices are stylish. Having something in your ear these days could well be the sign of a younger age.” Perhaps. 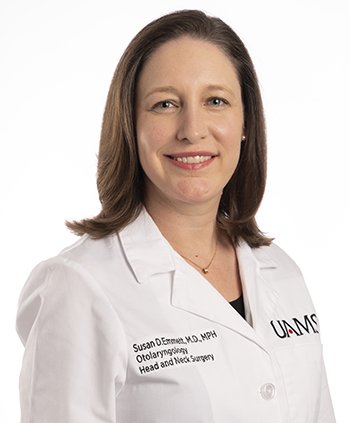 Helping young Arkansans is an objective of the UAMS Center for Hearing Health Equity, the first of its kind in the world. “Kids with hearing loss are more likely to do worse in school and even drop out early,” said Dr. Susan Emmett, the center’s director. The resulting problem is obvious. “Adults with even mild hearing loss are more likely to have low income and be unemployed or underemployed.”

After earning medical degrees from Princeton, Johns Hopkins, and Duke, Emmett brings outstanding credentials to her new position, not to mention a great deal of enthusiasm. “It’s really exciting to see Arkansas as the state that will become known for leading this type of work,” she said. With major funding from the National Institutes of Health, Emmett and her colleagues have established an ambitious program. “Our projects,” she added, “are currently happening all over the United States, from rural Alaska to Appalachia, and even internationally.”

“We’re working on brand-new applications of telehealth that will for the first time connect kids in rural schools with specialists that are hard to come by in rural areas. Based on the work we’ve been doing in other rural areas of the U.S., we will bring new innovations to children right here in Arkansas.”

Without question, hearing aids have improved my lifestyle. I more readily participate in conversations, follow sermons and listen to television at normal levels. I can now hear the crunching when I walk through fall leaves, the chirping of hummingbirds at our feeders and the chorus of crickets and frogs at night. And you won’t catch me driving with that never-ending blinker light!