By BF Editors
From the May/June 2022 Issue

In April, Nebraska Governor Pete Ricketts, State Senators, and community leaders celebrated LB 1024e, a bill to support recovery and growth in North Omaha, South Omaha, and other qualifying census tracts. At this event, Gov. Ricketts proclaimed, “LB 1024e is landmark legislation to revitalize North and South Omaha. The economic recovery grants will support job training, spur small business growth, and add to affordable housing inventories. This session, the Legislature has demonstrated its full commitment to the growth of our urban communities.”

In his remarks, Gov. Ricketts thanked State Senators for uniting to enact the historic investment. In total, the bill commits $489 million to support communities disproportionately impacted by the pandemic. Of this amount, $336 million is allocated to metro Omaha—with particular focus on growth in North Omaha and South Omaha.

LB 1024e devotes funds for a variety of purposes. These include:

LB 1024e was introduced by Senator Justin Wayne and prioritized by the Legislature’s Urban Affairs Committee. It passed with overwhelming support on a vote of 45-1.

Located just east of Lincoln, the State Capitol, York County, NE is situated at the intersection of two of America’s busiest roadways—Interstate 80 and U.S. Highway 81. This strategic location coupled with Locating a business in York County quickly becomes a valuable asset to companies serving all markets in the Unites States and around the world. 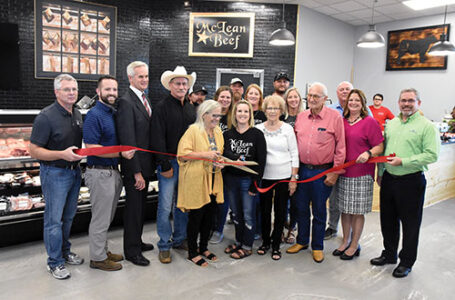 BginUSA recently selected the City of York as the location for its next data mining complex. BginUSA expects the project to be an $8 million project. The data mining project will bring about 30 units of computer servers and an office to the north end of the city-owned industrial plot near the Nebraska Public Power District (NPPD) headquarters.

As Lisa Hurley, Executive Director of the York County Development Corporation explains, “Data mining development fits York well because it brings sizable new revenues and new investments to the community without competing for workers in this tight job market. We anticipate seeing construction yet in 2022.”

At an earlier City Council meeting, Nicole Sedlacek Economic Development Manager from NPPD, presented information on data mining as a valuable economic development opportunity. Data mining operations generate revenues for the city through the city’s electricity lease agreement with NPPD as well as city sales tax revenues on electricity sales. According to Mayor Barry Redfern, the Council has been very supportive of efforts to recruit a data mining operation to the city. City officials have been working with YCDC and NPPD to recruit data mining enterprises to locate in York.

Mayor Redfern notes that “BginUSA’s purchase of the city’s industrial lot to develop their data mining business provides an opportunity for the city to move into a cutting-edge technological industry. I have met with the company, and I look forward to their partnership.”

York provides an attractive location for data mining because of the low electric rates and energy capacity that NPPD provides in the area that can be put to data mining uses.

Bin Shu, BginUSA manager from the Omaha office stated, “We selected the City of York not only because it can provide the power that we need, but also because of the intelligent and hardworking people we’ve met there. The people make the difference we need to succeed.” BginUSA has been working on a smaller Omaha project and the York project will help them meet the growing demand for scalable, cost-effective digital infrastructure solutions for highly specialized computing needs. 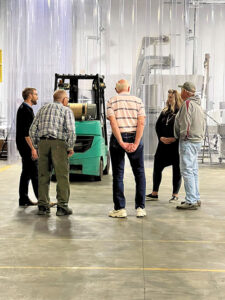 NPPD has experience working with data mining in other communities. A component of their preparation for data mining projects involves studies to ensure that the York system has the necessary capacity for the data mining project so that the project does not in any way risk the power supply for other users.

These projects are the result of years of efforts, making it important for community members to understand that sustained economic development is the result of building—one year at a time. For example, Preferred Popcorn moved to York County by leasing space in the SWB Industrial Park in Waco. The 122,745 square foot building is just north of I-80, was refurbished by SWB LLC and shown to numerous businesses over the course of several years prior to and during the renovation. The two south warehouses were leased literally weeks after the renovation was completed.

Phuket Opens for Business in Push to Save Tourism Industry