Earlier this month, Governor Brian P. Kemp joined the Georgia Department of Economic Development (GDEcD) to announce that through the third quarter of fiscal year 2022, job creation and investments resulting from economic development projects have already surpassed fiscal year 2021 year-end totals. From July 1, 2021 through March 31, 2022, 251 project locations supported by GDEcD’s Global Commerce team will create more than 35,400 new jobs and $12.9 billion in investment for the state.

“We continue to reap the benefits of our measured approach to reopening Georgia’s economy, fighting for both lives and livelihoods during the pandemic,” said Gov. Kemp. “These latest figures are another confirmation it was the right choice, and that Georgia continues to be the preferred place to do business.

“I’m grateful to all job creators who choose to locate or expand their operations in the Peach State, bringing opportunity to hardworking Georgians and investing in our communities across the entire state,” he continued. “We are excited to see such a variety of homegrown and global companies recognize the benefit of our strong partnership and pro-business approach, and I will continue to work hard every single day to strengthen Georgia’s reputation as the best place to live, work, and raise a family.” 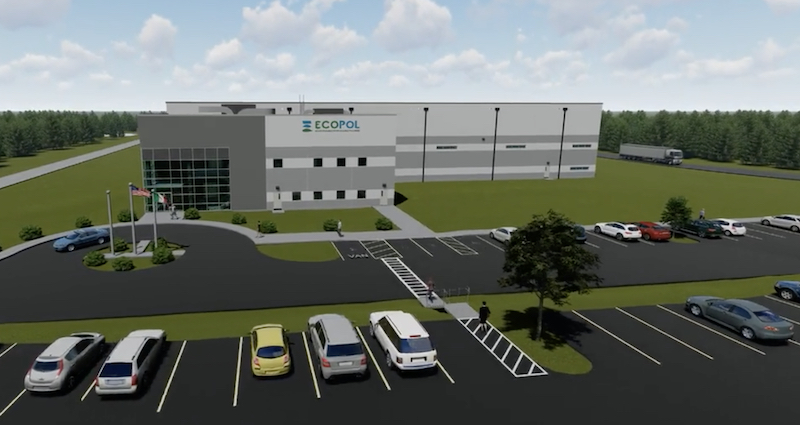 Key industry sectors include automotive, advanced manufacturing, logistics and distribution, software and technology, and food processing. Over the past year, Georgia’s electric vehicle (EV) and sustainability ecosystems have grown tremendously.

In addition to ongoing plans by Rivian to develop a $5 billion campus at Stanton Springs North and an electric vehicle service center in Atlanta that will also provide training on EVs, SK Battery America has also partnered with American lithium-ion battery recycling and engineered materials startup Ascend Elements to recycle both cell and module lithium-ion battery manufacturing scrap from SK’s Jackson County facility. Ascend announced its first commercial-scale battery recycling plant in Covington in January. Aurubis, a leading recycler of copper, precious metals, and non-ferrous materials worldwide, will invest $340 million in a “first-of-its-kind in the U.S.” state-of-the-art recycling and secondary smelting facility for multi-metal recycling in Augusta.

This year has also proven to be productive for the life sciences industry in Georgia. In March, Moderna, Inc., a biotechnology company pioneering messenger RNA (mRNA) therapeutics and vaccines, announced it will establish a new Enterprise Solutions Hub in Atlanta. Last August, Intuitive, a pioneer in robotic-assisted surgery and a global leader in minimally invasive care, announced it is expanding its Gwinnett County campus. These two projects represent a combined investment of more than 1,425 new jobs and $547.8 million.

The Georgia Ports Authority’s (GPA) deepwater and regional ports projects have played a key role in securing diverse projects including Serena & Lily Inc.’s new facility in Effingham County. For the past 19 consecutive months, the GPA has reported record-breaking numbers as the port expedites plans for long-term growth. The Savannah Harbor Expansion Project (SHEP) was recently completed, deepening a 40-mile stretch between the port and the Atlantic Ocean. This joint state and federal project will accommodate super-sized freighters traveling from the expanded Panama Canal. Inland ports are also attracting investments, such as the Appalachian Regional Port driving Roper Corporation’s decision to invest $118 million in expanding its facilities in Walker County.

Other assets driving Georgia’s growth include Hartsfield-Jackson International Airport and the state’s extensive rail network. Additionally, the Georgia Department of Transportation maintains more than 1,200 miles of highway as part of Georgia’s highway and interstate system, which connects companies to 80% of the country in two days or less of driving time. This system was integral to landing Ryder System Inc.’s new facility in Henry County that will create more than 250 new jobs.

Georgia’s job creation and investment trend has continued this month. In Chatham County, Norma Precision Ammunition has established its U.S. headquarters, manufacturing site, and warehousing and distribution operations in close proximity to the Port of Savannah. The company is a subsidiary of Swiss-based ammunition manufacturer RUAG Ammotec.

“Norma Precision Ammunition has been manufacturing in the United States for over 10 years as RUAG Ammotec, USA. The past four years have been remarkable years of steady growth. With this relocation, expansion, and focus on the Norma Ammunition brand, we will continue to grow while better serving our customers and industry partners in the United States and abroad,” said Christoph Eisenhardt, President and CEO of RUAG Ammotec. “I am pleased with all that Georgia has to offer our company. I am confident that with our relocation, we have chosen the right community to partner with to ensure mutual long-term success.”

“We are pleased to announce the official relocation of Norma Precision Ammunition to the Georgia Lowcountry,” said Paul Lemke, President of Norma Precision Ammunition. “The Savannah area offers a significant opportunity to expand our small arms ammunition manufacturing and distribution operations to meet growing customer demand and to better serve our partners in the small arms industry, while providing unmatched access to the world-class Port of Savannah.”

“We’re proud that RUAG Ammotec has chosen Georgia as home to all of their U.S. activities,” said Georgia Department of Economic Development Commissioner Pat Wilson. “The company has experienced unprecedented growth, and Norma Precision Ammunition’s decision to invest and grow in the Savannah region highlights the importance of Georgia’s unmatched workforce development programs, logistics advantages, and quality of life. I am grateful for the partnership of the elected officials and economic development partners in southeast Georgia who went above and beyond to recruit and support this exciting addition to Georgia’s firearms industry.”

In Spalding County, Ecopol will invest more than $38 million and create 130 new jobs at the company’s first North American facility. Italy-based Ecopol is a sustainability-focused producer of biodegradable PVA film. The company manufactures water-soluble and biodegradable film used to wrap products such as detergents, agrochemicals, cosmetics, and other consumer goods.

“Our goal was to identify a suitable property with nearby interstate and international airport access, a favorable utility environment, a talented regional labor force, and an economic development team that would be supportive of this strategic project now and in the future,” said Mauro Carbone, CEO of Ecopol. “With the assistance of our location consultant, we performed a thorough analysis of numerous properties and communities in the southeastern U.S., and we are confident that we found a great home in The Lakes at Green Valley eco-industrial park in Griffin, Georgia.”

The Lakes at Green Valley eco-industrial park promotes clean, environmentally friendly manufacturing. Construction within The Lakes requires all projects to achieve a certain “eco” rating from the Griffin-Spalding Development Authority, which provides a standard rating system for environmentally sustainable construction.