Ask Richard Holbert what made sense about the decision to sell Little Rock aviation outfit Central Flying Service, and the second-generation president of the company responds with the folky candor for which he is well-known.

As of the first of April, the sale had yet to be officially consummated, so Holbrook plays cagey with the details, including the identity of the suitor. (“I don’t want to jinx anything. You know what I mean? Soon as I talk about flying off in the sunset, I may find myself out here the next three, four, five years.”)

But the impressive past of Central Flying Service is, as they say, a matter of public record, and so he welcomes the opportunity to taxi down memory lane, sharing insights about the family business that’s served titans of industry, major celebrities, one-hit wonders and the men who would be king.

“Airplanes are valuable tools,” he said to explain the company’s longevity. “If they weren’t, we wouldn’t have been in business for very long.”

Name any major company attached to Arkansas, and chances are Central Flying Service has, at one time or another, played a role in its growth and development. From offering charter flights, to running fixed-base operations serving corporate fleets and educating the pilots who flew them, Central’s story is firmly intertwined with eight decades of the state’s economic and political history, of which Holbert has occupied a jump seat for 50 years.

“As for business clients, you’ve got to realize that with the road structure, if you went to Fayetteville even when I was going to Fayetteville in the early ‘60s, that was a four-and-a-half-hour drive. You can imagine what it might have been in the ‘40s. So, if you needed to go somewhere, flying was obviously a very good way to do it. Businesses of all kinds were using planes, more so as time went on, of course.” 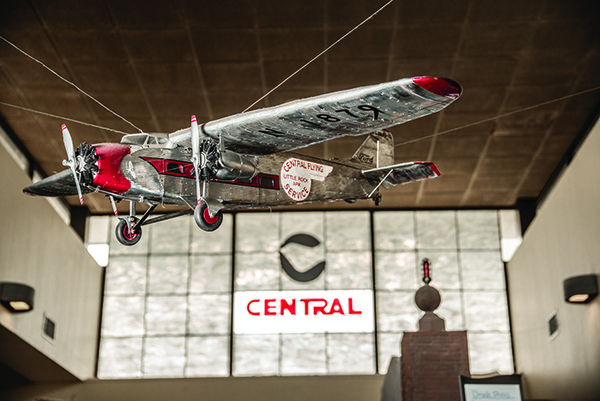 The early days embodied the bush-flying, barnstorming mentality of a more romantic age of flight. Claud Holbert, Richard’s late father and company founder, entered the Arkansas Air National Guard in the 1920s, lying about his age to get in. Infatuated with aviation, the enlistee found any excuse to bootleg onto flights, eventually soloing in a Curtiss Jenny in 1926.

“He was just crazy about aviation,” Holbert said. “Back in the ‘20s, with all the barnstormers and all the air races that were going on, it was quite a romantic type of endeavor. He flew during the Depression, he was a member of the Guard, and he worked out here at the airport giving flight lessons. He did aerial photography. He did anything you could do with an airplane.”

Claud founded Central Flying Service before he was 30 to take advantage of the new Civilian Pilot Training Program (CPTP), launched to increase the numbers of trained pilots in response to the growing threat overseas. With the princely — and borrowed — sum of $1,241, Claud bought a 1939 Taylorcraft and began teaching at what was to become the oldest, largest flight school in the region.

The company soon expanded, buying in 1940 a Trimotor Ford used for advanced pilot training, straight charters and $1-a-seat rides on weekends. The unusual design and sheer size of the Trimotor widened some eyes in 1940s Arkansas.

“The Trimotor Ford was an airplane that was built by Ford Motor Company back in the ‘20s,” Holbert said. “It’s a corrugated aluminum airplane with two engines each on the wing and one on the nose; a big, old lumbering thing. And it was big, too — 10 or 12 passengers.”

As for his own history with the family business, Holbert was more invested in fly balls than flying machines, setting sights early on a competitive baseball career. But that goal was swiftly grounded by a fruitless wage negotiation… with his father.

“I was young. It was time for my weekly allowance. I went to my father and said, ‘Pop, can I have my allowance?’” Holbert said. “He was reading the newspaper. He dropped the newspaper down, and he said, ‘Son, I think it’s about time you got a job.’ I said, ‘I can’t do that. I’ve got to practice baseball. I’m going to be a major league baseball player, and I don’t have time to get a job.’

“He pulls that paper back up. I said, ‘Can I have my allowance?’ He looked at me and said, ‘No.’ Two weeks later, I had my first job, which was newspaper delivery. I was a Gazette paper boy. I guess I was in about eighth grade, about 12, 13. So, he destroyed my major league baseball career. I never let him forget it.”

“October 1958 and the headline on the newspapers I was delivering was Sputnik. I said, ‘Oh, my God. This is not good.’ Cold War was blazing,” he said. “So, I decided I wanted to be a scientist, and I decided I wanted to be an astronomer. I saved up my money on the paper route, bought a telescope and did all kinds of stuff with astronomy. One day in high school, I go to talk to my counselor, and I said, ‘I need to know what courses I need to be taking and where I ought to be planning to go to college.’

“They pointed out the occupational encyclopedia — big, old heavy book. This would be 1960. I flipped through it, and the average pay for an astronomer in the United States with a master’s degree was $3,200 a year. The highest paid astronomer in the United States was the professor emeritus at Harvard University making $18,000 a year. Now, I had already been pumping gas at the airport making about $2,500 a year. I closed that book and made a career change.”

Following college at the University of Arkansas and Georgetown in Washington, D.C., Holbert did a stint in the Army then came home to the family business. As interesting as the industry was, it hadn’t exactly reaped a windfall for the first two decades of existence. 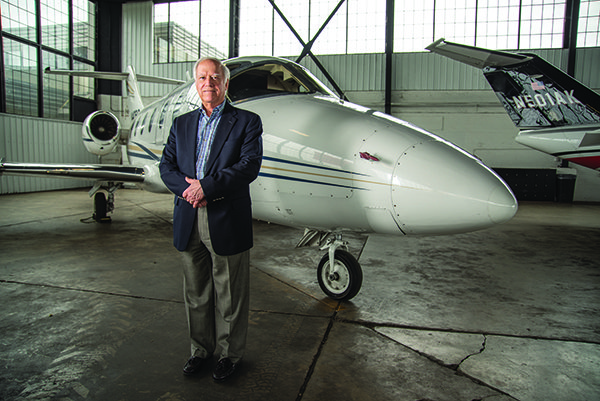 “…This new group has a vision, and I think it’s going to be a win-win-win every way around… I think they’re going to do some great things.”

The next 60 years would be a much different story, capped by the 2002 acquisition of MidCoast Aviation of St. Louis that made Central the largest full-service FBO in the world at that time, measured by square footage under roof. Sales and growth followed, including a peak employment of 300 workers, down to about 100 now.

The company’s longevity and reputation made it the company of choice for the who’s who in Arkansas business. Holbert’s got a story for all of them.

“I had a conversation with Sam Walton once, and he told me this: If it hadn’t been for an airplane, he would have never, ever developed Walmart,” Holbert said. “He had a store in Newport, and he had a store up in Bentonville, and for the longest time, as he built his stores, he went to every one of them. He flew his own airplane, and he went to every one at least once a year. I’m sure in the early days, it was once a week. Then it got too big.”

He’s got a similar library of anecdotes about serving politicians of both the native, elected stripe and the visiting dignitary variety.

“When Winthrop Rockefeller came to Little Rock, or to Arkansas, he chose my father to be his personal pilot,” Holbert said. “Dale Bumpers was a real good customer, even when he was a senator. When he’d come to Arkansas, he’d have to fly to wherever in the state making speeches, and he would charter planes.

“Any president that’s ever come to Little Rock has come through us. I can remember Ronald Reagan made a speech out on our ramp. In fact, Ronald Reagan was here several times, even back when he was a candidate. I remember Jimmy Carter coming in. Back when Bill Clinton opened the library and everybody and their brother came, most all of them came through our place.

“In fact, Clinton was responsible for two of the biggest weekends we ever had here. One was after he was elected the first time. He hadn’t even been inaugurated yet, and maybe a month or two later, he had an economic summit where he invited all kinds of bigwigs to come to Little Rock, and they came in their jets, one after the other. That, and the Clinton Library opening weekend were the two biggest weekends we ever had. A lot of fuel went through those trucks.”

Asked what he’s most proud of in his career, Holbert takes an uncharacteristically long pause. It’s a hard list to cull, having played an integral role in the creation of the Arkansas Aviation Historical Society, establishing the Arkansas Aviation Hall of Fame and building the aerospace education center. There’s the company’s technological evolution from the lumbering Trimotor Ford through various models of piston-driven prop airplanes, turboprop and finally jets. There’s the simple fact of still being here, withstanding eras of consolidation and changing market factors that impacted so many aviation companies.

At last, he says it’s the people that have made the difference over the years, which is why he was so particular about selling.

“My hope and expectation is that the community will be better off, because this new group has a vision, and I think it’s going to be a win-win-win every way around, not only for our employees, but for the clients and the community,” he said. “I think they’re going to do some great things.

“We always tried to maintain a high level of quality in whatever we did, and as a result, it’s been a nice run. All the people that I met during this whole period have been a great delight. I’ve made a lot of friends. I have some very good memories.”

Read also: The Digs of the Deal: Central Flying Service

A Hacker’s Next Target? Manufacturers