CDC concluded its investigation with no findings of a link between Abbott formulas produced at Sturgis, MI plant and infant illnesses.

Abbott has agreed to enter into a consent decree with the U.S. Food and Drug Administration (FDA) related to its Sturgis, MI infant formula plant. The decree is an agreement between FDA and Abbott on the steps necessary to resume production and maintain the facility. This does not affect any other Abbott plant or operation. The decree is subject to court approval.

“Our number one priority is getting infants and families the high-quality formulas they need, and this is a major step toward re-opening our Sturgis facility so we can ease the nationwide formula shortage. We look forward to working with the FDA to quickly and safely re-open the facility,” said Robert B. Ford, chairman and chief executive officer, Abbott. “We know millions of parents and caregivers depend on us and we’re deeply sorry that our voluntary recall worsened the nationwide formula shortage. We will work hard to re-earn the trust that moms, dads and caregivers have placed in our formulas for more than 50 years.”

Once the FDA confirms the initial requirements for start-up have been met, Abbott could restart the site within two weeks. The company would begin production of EleCare®, Alimentum® and metabolic formulas first and then begin production of Similac® and other formulas. From the time Abbott restarts the site, it will take six to eight weeks before product is available on shelves.

Abbott has been working on corrective actions since the FDA inspection and submitted a response and corrective action plan to FDA on April 8. Even before its formal response, Abbott had begun working to implement improvements and take corrective action. Some of these actions included reviewing and updating education, training and safety procedures for both employees and visitors, as well as updating protocols regarding water, cleaning and maintenance procedures at the facility. Abbott immediately implemented corrections to address the items that the FDA raised in its observations provided at the conclusion of the inspection. The company has also been making upgrades to the plant. 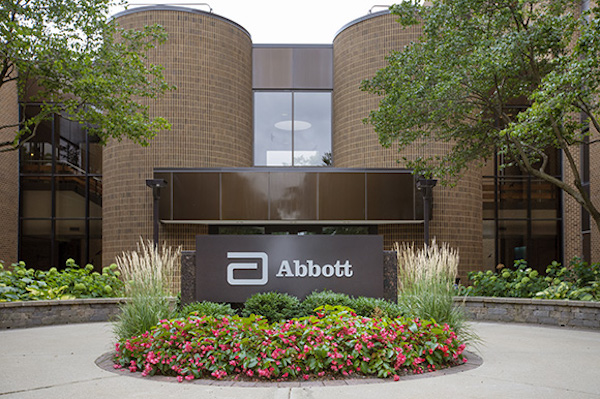 After a thorough investigation by FDA, Centers for Disease Control and Prevention (CDC) and Abbott, and review of all available data, there is no conclusive evidence to link Abbott’s formulas to these infant illnesses. Specifically:

CDC concluded its investigation with no findings of a link between Abbott formulas and infant illnesses.Abbott conducts microbiological testing on products prior to distribution and no Abbott formula distributed to consumers tested positive for Cronobacter sakazakii or Salmonella.All retained product tested by Abbott and the FDA during the inspection of the facility came back negative for Cronobacter sakazakii and/or Salmonella. No Salmonella was found at the Sturgis facility.The Cronobacter sakazakii that was found in environmental testing during the investigation was in non-product contact areas of the facility and has not been linked to any known infant illness.Genetic sequencing on the two available samples from ill infants did not match the strains of Cronobacter sakazakii found in the Abbott plant. Samples from ill infants did not match each other, which means there was no connection between the two cases.In all four cases, the state, FDA and/or CDC tested samples of the Abbott formula that was used by the child. In all four cases, all unopened containers tested negative.Open containers from the homes of the infants were also tested in three of the four cases; two of the three tested negative. The one positive was from an open container from the home of the infant, and it tested positive for two different strains of Cronobacter sakazakii, one of which matched the strain that caused the infant’s infection, and the other matched a strain found on a bottle of distilled water in the home used to mix the formula. Again, neither strain matched strains found in Abbott’s plant.The infants consumed four different types of our formula made over the course of nearly a year and the illnesses took place over several months in three different states.

Cronobacter sakazakii is naturally occurring and found nearly everywhere in the environment. Powdered infant formula manufacturers periodically detect it in their plants, and FDA, in issuing its infant formula Current Good Manufacturing Practices (cGMP) regulations, stated that, based on current technologies, it is not possible to produce a sterile powdered infant formula (79 Fed. Reg. 7987).

Abbott has no tolerance for Cronobacter sakazakii in its production environment, however, and no Abbott product was distributed with Cronobacter sakazakii contamination. The company is further strengthening its processes and using advanced technologies to enhance sanitization procedures, product tracking, and monitoring as well as training protocols for employees and visitors.

“Our safety and quality processes meet even the toughest scrutiny and we’re committed to continuously improving our processes and protocols,” said Ford. “Nutrition is fundamental to Abbott and to our goal of improving the lives of more than 3 billion people by decade’s end. We intend to set the standard for the industry, raising the bar on both safety and quality.”

Since the recall, Abbott has taken numerous measures to mitigate the supply shortage. Specifically, it has focused on production in its Cootehill, Ireland, facility to serve state Special Supplemental Nutrition Program for Women, Infants and Children (WIC) consumers.

Abbott has been working with the U.S. Department of Agriculture (USDA) and WIC agencies and paying rebates on competitive products in states where Abbott holds the WIC contract, when Similac is not available. Abbott said Friday it will continue to pay rebates for competitive products through August 31. This means program participants will continue to be able to obtain formula free of charge, whether it is Similac or formula from another manufacturer.

Additionally, the company has:

Check out all the latest news related to the food processing industry.